Geoff will review a number of his videos and still photos of previous shoots. He will describe the methods behind flaming grill effects, smoke and steam effects; ice, frost, and snow effects; milk, wine and beer pours; moulding and casting of props; beer can opening spritzes and champagne bottle pops; and much more. Q and A follows. 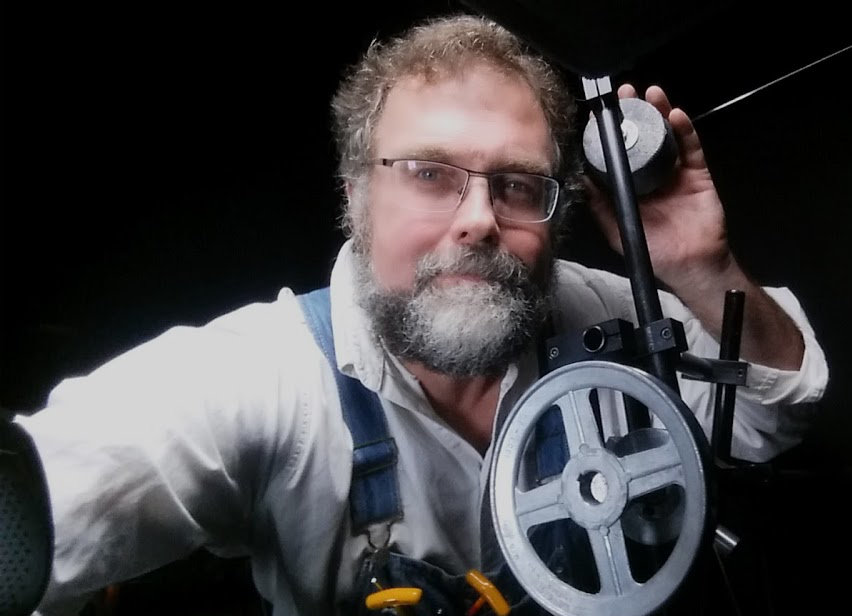 Geoff Binns-Calvey is a leading tabletop rigger and special effects designer in Chicago. With thirty five years of experience, his work has been seen in countless commercials, still photos, films, and theatrical productions.
Geoff was a carpenter, then a set builder, then studio manager, then prop-maker, designer, effects creator, beer stylist, and whatever else pays the bills. He started in the still photo world, moved into motion work, and is now back to around a 50/50 mix, as more photographers move into the motion world. Whatever the shot, his job as a rigger is to take away any worry over the mechanics of it, and let the photographer or director focus on light, style, composition, and the overall beauty of the image.
With a range of custom rigs and equipment, and the ability to create "on the fly", Geoff has the tools and experience to let you get the perfect shot, whether it's a single shrimp doing a perfect somersault into the sauce, or a barbecue grill with a half dozen steaks, over controllable flames and smoke.